Tribal Cloud Discovery: An interview with Rachel Crabtree from the University of Reading

Posted by Daniel Barrass on September 8, 2022

Rachel Crabtree from the University of Reading has recently taken part in our Cloud Discovery workshops and, in this blog, will share her experience via an interview taken at our Empower customer conference.

The Cloud Discovery Service is the first step toward cloud migration. Tailored to your institution, it covers everything you need to prepare for a successful migration to the cloud. Through a detailed and collaborative exploration of your current system, we help validate the business case while developing a robust migration strategy ensuring you know what needs to be done, by whom and when.

Migrating your Student Information System to the cloud isn't going to happen overnight - but we have the solution to taking your first steps. If you'd like to talk through our Cloud Discovery Service, including the total cost of ownership for your institution, click here. 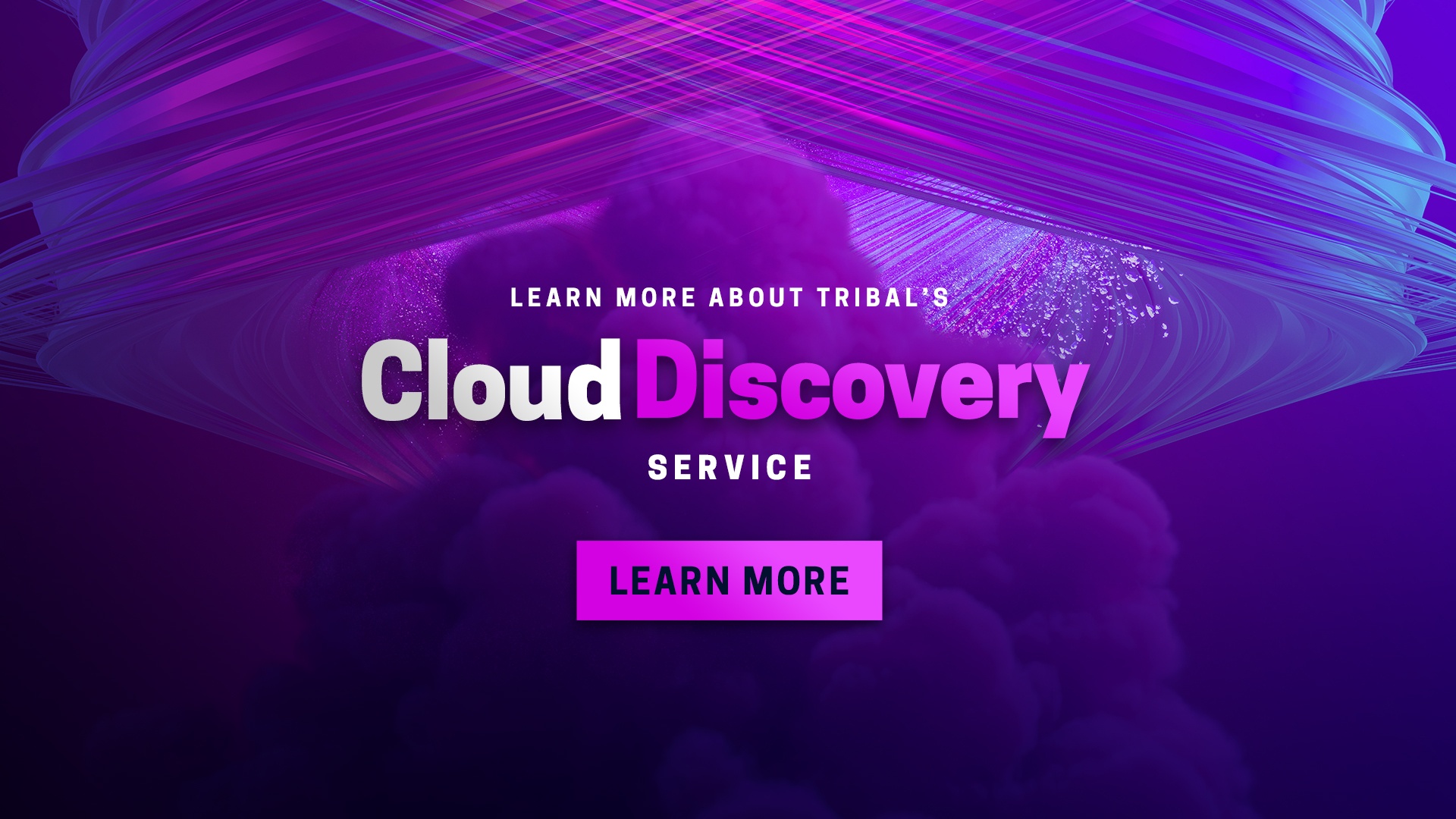 The University has a Cloud-first strategy. Our Blackboard VLE system was moved to the cloud a few years ago and we were thinking about which system could be moved next. Since SITS is such a big and integrated system we initially decided we wouldn't tackle that just yet. But since then, we've begun to look more seriously into moving SITS in the near future, despite it being one of the biggest migrations.

What were the key drivers behind looking at moving assets to the cloud?

Well, to be honest, one of the key drivers is the fact that our managed service contract with Tribal is going to come to an end at some point soon. Therefore, we had to think about whether we wanted to move to having our service supported in-house, which in the Thames Valley is not brilliant because it's quite difficult to recruit, train and retain staff in this area. So, a Cloud approach had to be on the table, but we had to find out about the resource and capacity we would need to do it. Exploring it in discussion with Tribal was an obvious next step.

Which people and teams are involved in the initial internal discussions?

My team - the Student Information Systems team, which supports our SITS, SID and Unity systems – along with Digital Technology Services which includes the Middleware team, who manage integrations and the Infrastructure team. A mix of teams was required when considering how we moved forward with the project. My team belongs to the registry or student services, so since this area was already covered we didn't involve anybody from the predominantly business side of things at this early stage.

Were there any challenges with teams being able to or wanting to invest the time to look at cloud?

Not really. I and a senior DTS colleague (who were tasked with moving the project forward) decided that we would get the Head of Digital Technology Services and the Director of Student Services to co-sponsor the project to engage with the Discovery workshops. Having done that, it set the scene and gave the context for the number of people who needed to be involved. We managed to find the time for the key people to be involved in it by negotiating on the dates and timing of the workshops to check they worked for everyone whose attendance was critical.

Prior to deciding to go for a Cloud Discovery Service, what interactions did you have with Tribal?

We had an introductory session with Tribal to understand how the Discovery workshops would work. Then we had a series of emails and suggestions for how to gather the information and the prerequisite documentation that was needed to ensure that we and Tribal were prepared for the discussions. So there wasn't too much time taken up in the actual sessions themselves with the basics of the project, and we were able to focus the discussions at that point more effectively and efficiently.

When did you decide to then go for the Cloud Discovery Service? And what were you hoping to get out of it?

Well, we decided on the Discovery workshops about three years ago in principle, but we hadn't got around to arranging them, so it made sense to take it further at this point. We put a business case together for the workshops in about February. The last of the Discovery Workshop sessions was in May so that gave us a good length of time to prepare the documentation and to get the project team together to think about how to manage the sessions.

What preparation did you or other members of your team have to do prior to doing the workshops?

Quite a bit of work on the size and operation of the database, and also the University’s plans and strategies. We have been working recently towards further integrations for reporting purposes. We provided information on any big projects that would be going on at the University at the same time as a Cloud implementation, and provided detail on the integrations and reporting in particular. That was the biggest element of the data that we needed to collect.

Can you recall how you decided who would attend which session?

That was part of the preparatory thinking. Since we have a Middleware team, those colleagues were obviously needed for the integrations session. We have certain people involved in a support team for reports, so that again was obvious. But we tried to cast it as wide as possible. For the overview session we wanted some senior people to be involved but also invited a number of the leads in the business areas to come so that there was a wide understanding within the University of what a cloud migration might mean. So, we used the overview session to introduce Cloud to everybody, and then subsequent workshops were more focused on the small group of people who really knew about integrations, reporting and systems architecture.

Were there any particular challenges getting people from different teams to make time to participate in those workshops and the work around them?

I think in the end we managed it reasonably well. Obviously, we had to work a bit around people's availability, but because all the sessions were recorded, people were able to go back and listen to them afterwards, and colleagues have made use of that.

What are the key things that you and your colleagues have learned during the discovery process so far?

A huge amount actually, and really understanding how cloud is going to work for us. What the implications are for the way that we use SITS and the way in which our integrations work. How many client server users we've got. I mean, every university going to be entirely different in this respect, but this just gives us a good sense of where we are in relation to how we might move to the cloud. And it's been interesting doing the deep dive into integrations and reporting. Having the opportunity as a University to think about what we are doing and where are we going with integrations. But it was also useful looking at the detail and finding some ancient integrations that were probably 20 years old and haven't been deleted. So yes, the discovery workshops in themselves have been quite interesting and valuable, I think.

Is there anything that wasn't covered that you'd like to see Tribal add to the Cloud Discovery Service? Anything we haven't thought of or anything we could do to make things easier?

The detail has been great. I would suggest maybe that the overview needs to be more carefully tailored to the audience that you're getting. It covered technical details that sometimes left the business leads behind. Perhaps focusing on a more business-friendly overview to start with and then going into the detail would have been more useful in the first session, but that's a small improvement.

Once you have Tribal's report and the costings, what sort of processes do you expect that you would need to go through with colleagues to work through the business case before any sort of decision can be made?

I've got a reasonable idea. I would need to think about what my team would need to work towards in order to get the system cloud-ready, and what we would need to contribute to the business case. I haven't had a chance to talk yet to DTS colleagues. The Middleware team is going to have to do a lot of work, so they're probably waiting for the recommendations in the proposal to see exactly where we need to go with that. If we want to take it further, we'll put a proposal to the University’s major systems project board, which allocates resources on this scale. But that's really for the senior staff in DTS to push, because they would be primarily affected if we decided to replace our managed service with an in-house operation. There will be a discussion on how exactly we go ahead and on the contract details.

Is there anything else that you feel SITS customers need to think through? Either concerning getting ready for a Cloud Discovery, or considering whether or not to move sets to the cloud?

The Discovery workshops have helped to clarify for me the implications for the areas I was most worried about beforehand, in particular the documents in the system, integrations and client server users. We currently have all our documents within the database and it's about 50% of its size. We've paused on addressing this until after the Discovery workshops, so we can be clear about the best way forward. We've been working towards automated integrations, anyway, so it's given us a sense of where we might be in the future, and that's been helpful. I guess every institution is at a different stage, so I don't know if our experience really relates to anybody else. But it’s given us the impetus to continue reducing the number of client-server users and increasing our provision of screens and processes in the portal, which we've been working on for the last 15 or so years. And that's something which I think will provide benefits for the University and would also save cost in the Cloud environment as well, if we take this forward.

You can watch Rachel's interview taken at Empower below:

What do all these universities have in common?

A new horizon in marketing strategy for student recruitment