The real student voice - what do international students really want and need?

Those of you on the regular circuit of conferences and workshops in higher education will be more than familiar with discussions on the ‘Student Voice’ and ‘Generation Y,Z’ and the changing demands of students. However, much of the talk is led by academics, baby boomers or data analysts who have carefully collated student opinion. Rarely do we hear from the student themselves who we argue are central to the discussion, but remain peripheral to our conferences and debates.

At a recent workshop organised by i-graduate, the British Council and Universiti Malaya there was a determination to redress this imbalance and put the students at the centre of the debate. In Kuala Lumpur we are lucky to have a diverse and articulate group of students. Malaysia is a hub for international students, but unlike the UK and Australia has a very different nationality mix with students from Yemen, Iraq and Maldives who were all represented in our dialogue.

i-graduate has a large number of clients in Kuala Lumpur and we drew on private and public institutions to give us a good representation of students from different disciplines, levels and nationalities. 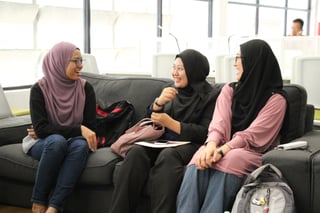 What are the issues?

The issues we discussed were familiar ones such as effective integration between international and domestic students and the increased importance of online provision.

Integration remains a perennial problem and students were concerned with a lack of opportunities for meeting and mixing and a recognition of cultural barriers. For the Malaysian students there was an awareness of their reticence in approaching other nationalities. A number of institutions rely on specific international hostels and centres, but there was some discussion around whether this creates a sense of separation and doesn’t contribute to integration. It can, however, raise the standard of provision for international students.

In terms of online provision, the students themselves saw blended learning as a preferred option noting the need to interact in a campus setting and have the opportunity to question and debate with their lecturer and other students.

We also looked at issues of employability which are naturally of central concern to students. It was pointed out that it is impossible to prepare for jobs of the future since we don’t know what they will be. However, what an institution can do is help develop an individual’s resilience and adaptability which will enable them to adjust to the changing demands of the world of employment. In addition, international students pointed out the issues of obtaining work after study and how the Malaysian authorities could be more flexible in their approach in allowing international students to work after study. 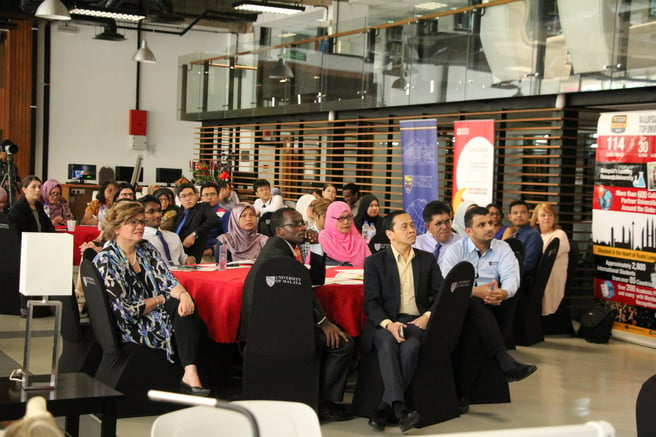 We had around 80 participants and the combination of students and practitioners worked very well. There is little doubt that we will do more of this kind of dialogue in the future and, perhaps, focus on specific issues such as effective integration and employability.

Benchmarking the student experience across Singapore

Setting university finances on the optimum trajectory post-pandemic – how to strike the right balance of financial strategies?