Informing and tracking the impact of strategic decision making at MMU

Manchester Metropolitan University are a regular user of Tribal’s Higher Education Financial Benchmarking service – we hear from Director of Strategic Planning and Operations, Helen Barton, the reasons for their continued participation, and what it means for the university’s ongoing financial strategy.

Manchester Metropolitan University (MMU) first participated in the Financial Benchmarking exercise in 2016/17 as part of a programme to identify where efficiencies could be achieved. It also helped the university better understand how it would go about achieving a new strategic vision to develop different revenue streams which would reduce the dependency on domestic full-time undergraduates.

“We embarked on the Financial Benchmarking with a view to having an ongoing tool through which we could make sure that we were delivering things efficiently and effectively, and also highlighting productivity.”

Helen was already familiar with financial benchmarking approaches having been part of a project at a previous institution using a different tool, but found the Tribal approach to be better suited to MMU’s needs, Helen explains,

“The Tribal approach I find is much easier. It lends itself to conducting the exercise quite regularly. And the way that the consultants come on campus or work with you virtually to go through the data means that we get a better ratio in terms of the outputs received versus the inputs we have to contribute. It means it's not a huge undertaking for us so has now become part of our regular toolkit and it has been granular enough for all of our requirements.”

Another reason for the tool becoming more embedded in what they do, is that, like many other universities right now, MMU is undergoing quite a lot of organisational change, both in the academic sphere, and also within professional services, and for Helen it’s about tracking the impact of financial decisions.

“Unless you're doing it on a regular basis, you can't really see the impact of the different decisions that you're making. You may be able to see changes, but you're not sure what has actually driven those changes.”

In this way, through their Financial Benchmarking results, MMU have been able to see the benefit of the specific operating model implemented for Professional Services, where instead of having departmental structures all Professional Services staff report within a technical or functional area, whether it's research or academic services or otherwise.

Benchmarking has also reinforced the messages around the diversification strategy.

“What we can do is put a figure on it. By not attracting these sorts of students, we're losing this much income. For example, if we had the average number of international students as our benchmark group for our size, that would be an extra ‘x’ million pounds. So, even though we know the messages, it still gives us an added dimension to what we're looking at. And certainly, having the benchmark comparisons is especially useful.”

Financial Benchmarking will always provide the granular detail and additional understanding around a university’s cost-base and some of those results may already be expected; however, sometimes it will surface some unexpected surprises. Fortunately for MMU, the surprises thrown-up were not particularly high-level – for example, the variances against benchmark revealed higher than average spend in the area of estates maintenance costs, and the university has since worked on that area to bring it back in-line with sector benchmark and subsequently save a significant amount of money in the process. Conversely, Benchmarking has also revealed functions where the university is slightly under-resourced.

Conversations around increasing resource tor expenditure in a particular function of course tend to be more straight forward than those where savings are required, but in both instances Benchmarking quantifies resource allocation and spend in granular detail to inform those conversations and set meaningful, objective expectations. It moves the conversation away from purely the organisation units and instead, for example, compares your admissions processes with other institutions' admissions and processes. It enables Helen to understand the bigger picture beyond the narrative coming from within the organisation.

“For example, Managers might comment on the fact that we've only got five members of staff on a particular team, and down the road they have 20. But actually they're not doing the same job; they're doing completely different other jobs as well. So it allows us to apply a correct benchmark to the situation and understand what the big picture stuff is.”

Measuring performance in a changed landscape

Going forwards, Helen anticipates using Benchmarking to help understand how the university compares against sector Benchmarks once the impact of the pandemic has settled somewhat – university cost-bases will inevitably level out and it will become easier to extrapolate which financial changes have been the very direct impact of the pandemic, and which are the longer-term changes in direction for the sector. And of course Financial Benchmarking will help quantify how universities are performing against those new norms. For now, Manchester Metropolitan University will continue to track the impact of their strategy so they can be assured the right decisions are being made to continually improve both the educational experience and the financial sustainability of the university.

Universities turn to financial benchmarking to support robust decision making and optimise their finite resources. Hear from 3 other senior leaders why it's so relevant to their institutions. 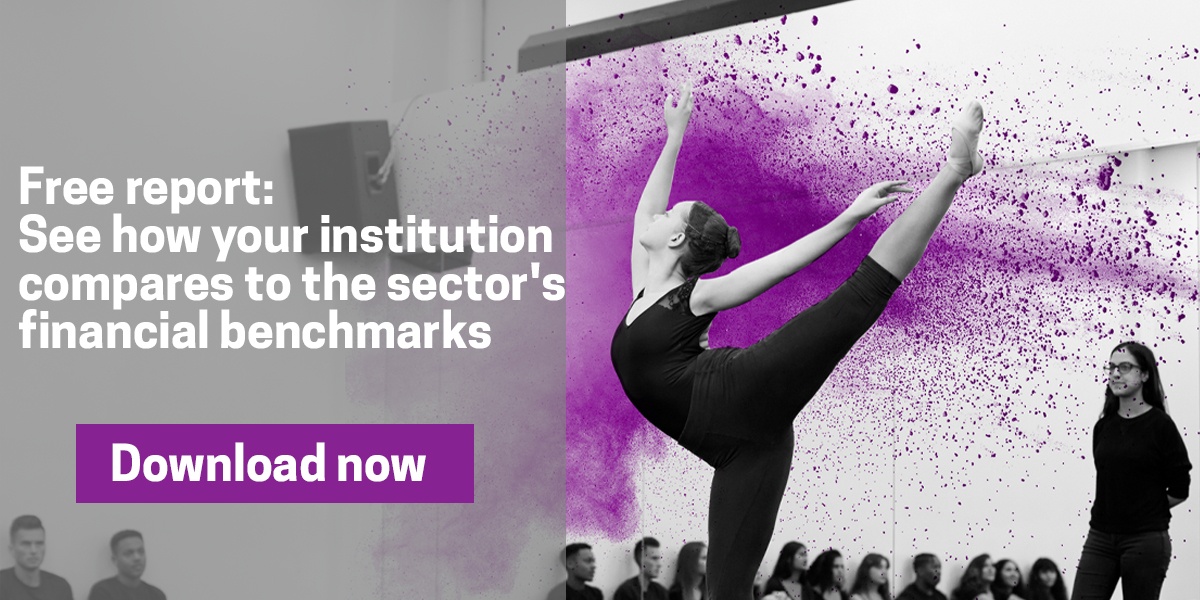 What to look for in a TCSI submissions solution